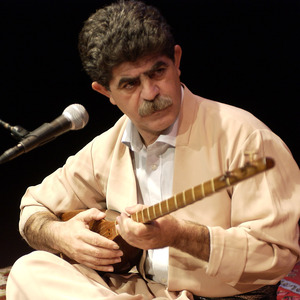 “I want the world to know about us Manganiyar, our simplicity, our love of music,” says singer Mai Dhai. “We stay away from politics. We play music and seek happiness from it.”

The happiness that bursts from Manganiyar music is spreading. A mainstay at local festivals and celebrations, Mai Dhai and her accompanying musicians (drum, harmonium) have gone from performing at local festivities in the fertile desert of Tharparkar in the province of Sindh, to appearing on major stages in cities like Karachi, and now to New York for her US debut on March 12, 2015. Mai Dhai is performing as part of Live@365, a world music concert series at the Graduate Center at CUNY’s Elebash Recital Hall.

Mai Dhai hails from an overwhelmingly rural area where folklore and tradition live on as a vibrant part of everyday life. Mai’s people, the Manganiyar, are particularly renowned for their music and long memory. They still sing songs to Alexander the Great. In their music, invocations of Hindu gods mix with stunning Sufi poetry, and the Muslim Manganiyars celebrate Hindu holidays like Holi and Diwali, a testiment to the long-standing spiritual complexity and cultural richness of Pakistan’s folk traditions.

One of a handful of female Manganiyar musicians, Mai Dhai rarely performed outside her community until recently—and she bemoans how performance opportunities have shrunk as the prevailing religious environment in her homeland grows increasingly hostile to public performances by woman musicians. Yet this is a relatively new development, and historically, Sufism made room for female voices. In the Sindhi town of Sehwan Sharif, the site of poet-philosopher Lal Shahbaz Qalandar’s tomb, women are pirs (saints) and have male followers. This faith context lent strength to women artists like Mai.

Manganiyar musicians like Mai perform publicly at shrine festivals, but most of their music is made for private functions, when traditional patrons invite musicians to come and play as part of family celebrations. Mai learned to sing at her mother’s side—she was also a singer—and began singing for others at age 10.

Though brimming with confidence, Mai had her doubts when she left her usual circumstances and sang for new audiences. “When I stepped out of my community for the first time,” Mai recalls, “I was confused; I had no idea what was going to happen, how the audience is going to react. It was a performance in Karachi. I was worried that people might not understand my music so they might not like it very much. But I was surprised to see the cheerful faces in the audience.”

The cheer and excitement come as no surprise, even to a casual listener. Rough and tuneful, evocative and playful, Mai Dhai’s voice renders traditional Manganiyar songs with great joy and flair. Her voice cuts to the heart, but belts out an irresistible call to dance. (Think great soul divas like Tina Turner or Bettye LaVette.) The rolling beats of the dholak drum and the harmonium’s flowing mirror of the songs’ melodies add a full sound and forward motion.

“I have confidence in my voice and the culture I come from,” she states. “Things around here are getting stricter, especially when it comes to a woman singing on stage. I am the only women from the Manganiyar Tribe who has performed on a big stage But I am hopeful that things will get better, maybe for the next generation. And as long as my voice is with me I will keep singing.”

Live@365 is produced and curated by isabel Soffer/LiveSounds.org. All Live@365 shows are presented at Elebash Recital Hall, located within the Graduate Center of the City University of New York. Elebash Hall is an intimate, 180-seat space with classical recital hall design and superb state-of-the-art sound.

Tickets for all Live@365 shows can be purchased by visiting us online at Liveat365.org, by calling Showclix at 1-888-71-TICKETS (1-888-718-4253) or in person (if available), from 5:30pm until showtime on the day of show at the venue. Tickets to all shows are $25 or $20 for Graduate Center members, students or faculty. Discount tickets for non-Graduate Center students may be purchased only in person at the event, when available.

For more information about shows, questions about the venue, and to learn more about the entire Live@365 season at Elebash Hall, please visit us on the web at Liveat365.org